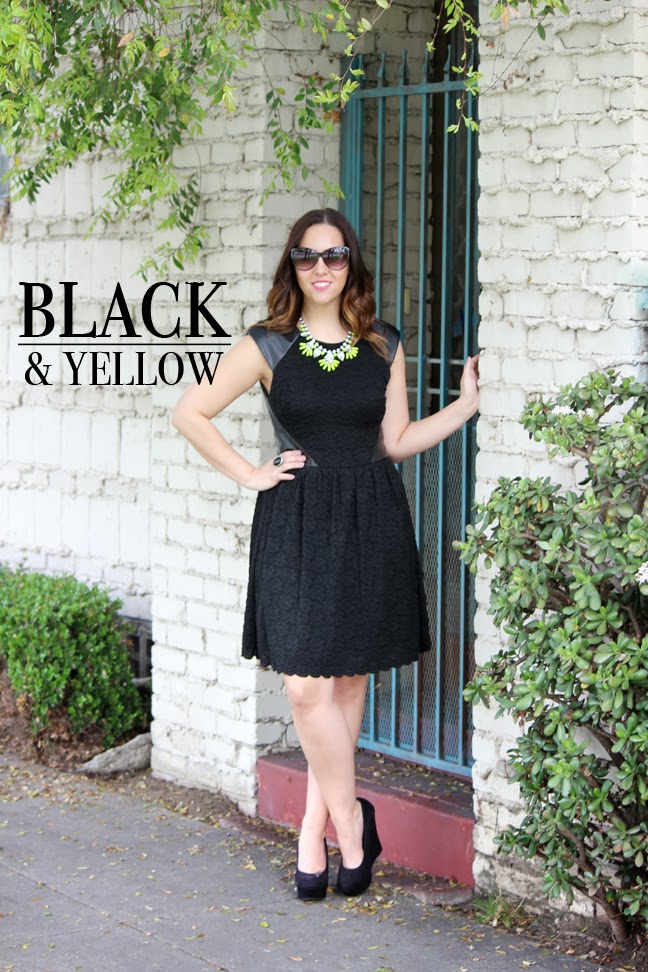 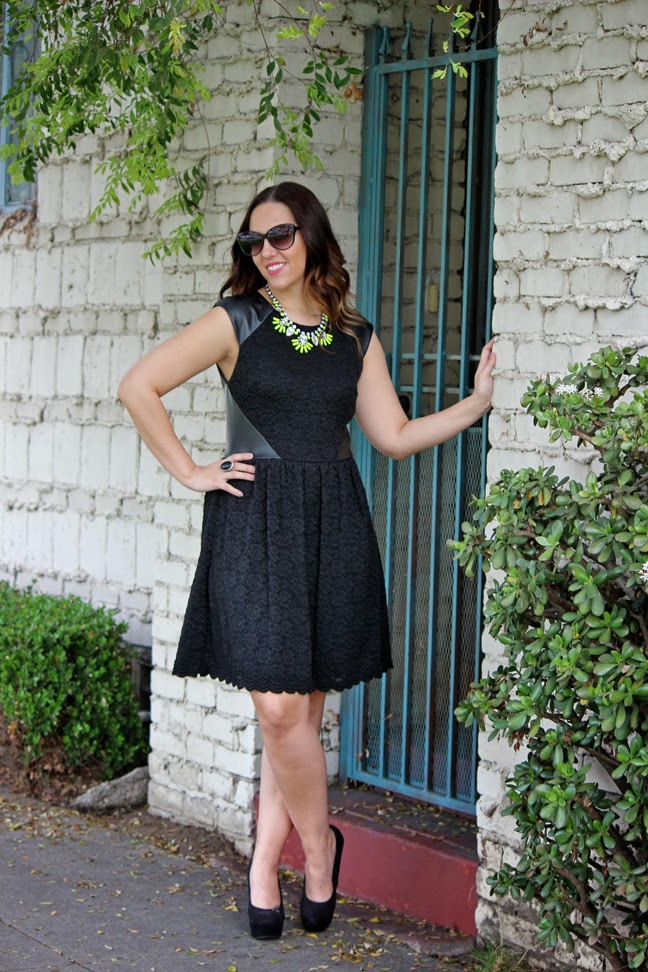 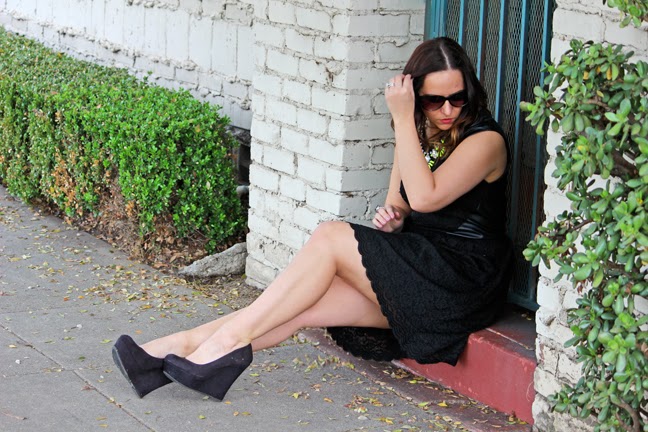 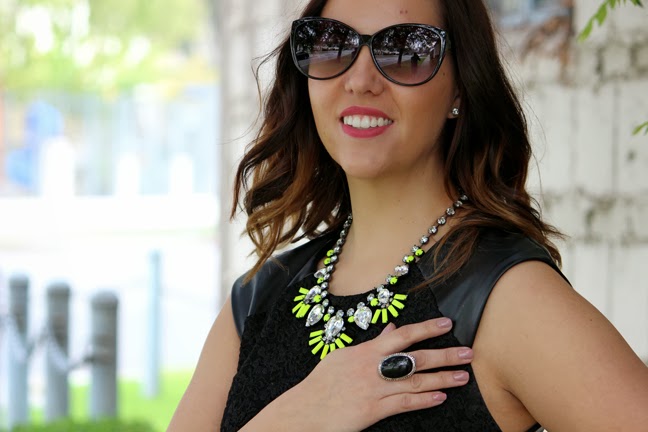 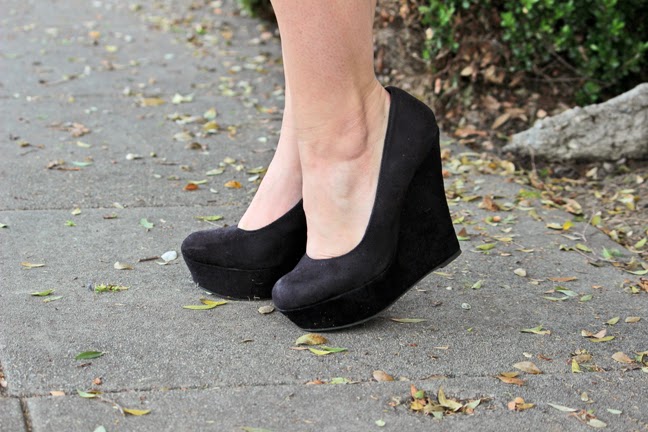 
I wore this outfit last week to a charity event that my husband and I attended. How I came upon this outfit is a whole other story. You see, B informed me that we were going to an "event" on Friday night. When I asked what kind of event, he told me, that thought it was a charity event. This is exhibit A on why men aren't allowed to be in charge of the details. It's not that I cared what type of event it was per se, but I was concerned with what I was going to wear. B was not at all worried about the dress code, and stated that he planned on wearing a t-shirt and jeans. I made him ask his colleague (who invited us) what the attire was. The response I received was "casual." I was still not sold on the information I was receiving, so I Googled the venue. It was at a fine dining restaurant! B was holding out strong and ended up wearing a collared t-shirt (that's dressing up for him), and I went with this lace and leather LBD.

With this dress, I figured I wouldn't be thrown out of the place. I think that the mixed textiles add some panache and the neon necklace keeps it young. I don't mind being over dressed to an event, but being under dressed is simply unacceptable! When we got to the event, I was relieved that it wasn't black tie, and that it was in fact fairly casual. B could have tried harder, but he wasn't super out of place.

Thank you for all your lovely comments!!